While preparing for both tests highest level (T-3, 1-3), I thought it’d be helpful for me to figure out what I’ve got locked down and what I need to work on.

Unrelated - here are some videos from our lesson this last Friday.  Sorta gives a feel for where we are on trot/canter.
General challenges


a.       These are good, I just need to make sure I can get his focus on me in a busy show environment


a.       Need to make sure we can laterally cover the distance while remaining forward at the trot


a.       Need to not get in his way when headed back to the rail.  I have a tendency to lean back and out when we’re returning to the rail.  This throws him off balance and often puts him back into trot.


a.       More practice in a standard size dressage arena


6.       In general, there is a lot of canter in this test.  His fitness is good, but we do have occasional breaks to the trot.  Need to keep him forward.

Super boring post - mostly for my own planning brain

I don’t have any great way to explain what has happened with Gav and I, but for the last two weeks riding has been nothing but joyful. I actually have to force myself to stop bc... ya know... pony might be super, but he still gets tired.

I credit the following:
- switching from Dressage whip to spurs (steadier in contact, more association of go with legs)
- switching to the baucher (same bit as Jen and Connor @cobjockey)
- that badass lesson I had two weeks ago where I learned contact can be like holding hands for horse and rider

Even my warmups haven’t been sucking. Idk - I feel like Gav and I have crossed into a new level of communication.

Also, if you’re looking for inspiration read The Alchemist! I just read it and my one thought throughout was my love of being with and pursuing excellence with horses. 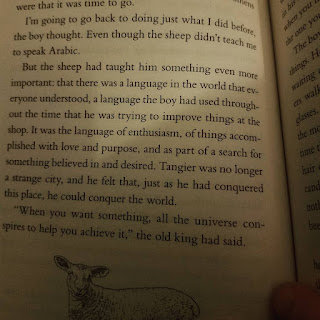 One of my goals has been to regularly lesson with a dressage instructor down the road from me, but to also branch out and try to get some lessons with higher-level instructors (S judges, trainers bringing horses up to Grand Prix and competing, etc.).  So it was with excitement, and also a little trepidation that I had a lesson with a classical dressage trainer who competes at grand prix with her spanish horses.

I went to the barn about 5 hours early to get a read on her and also watch some of the lessons that were held prior to mine.  Her lessons seemed pretty cerebral.  Basically, you walked your horse until she thought you were good enough to trot, and from there into the canter.  I was definitely not going to get out of the basics with this lady.  I saw two riders never canter - just walk/trot.

Finally, it was my time to go.  The arena was packed (because of course it was), but she was able to sweet talk everyone in to always going the same direction as me, which was super helpful.  Here were the big takeaways:

Trot/Canter
1)  Engage my lats, this'll bring my shoulders down and back and hold my arms steady.  Her words - I have lazy armpits.  Need to engage the armpits.
2)  Carry the tea tray.  I know I move my hands around and I'm telling you, the action is an unconscious one.  She was like, carry a tea tray and DON'T SPILL.  She seemed particularly offended by my hands in transitions.  She's right,  I fiddle with my hands.  No more.  Always with the tea tray.
3)  If he braces (which actually, he really rarely did after #1 and #2 were installed), I really need to push him forward and don't just give away the outside rein.
4)  Reins short, hands forward.  You want to hold the contact with him like holding hands.  No loosey-goosey business of taking contact and then dropping it.  He needs to be able to rely on my contact, just like I want to rely on his.
5)  When turning at the trot, think turn, turn, turn with my upper body (like a sprinkler head turning).  Her explanation of this was that when a horse trots and his outside hind comes forward, your body automatically get's pushed to the inside.  The converse is true when the inside hind comes forward - your body will get pushed a little to the outside.  To combat this and stay steadily on the line I want to ride, I need to think of pulling my torso/upper body back to the inside when his inside hind is pushing off.

Canter
1)  In the beat where a horse lifts up his shoulders in the canter I need to think of elongating my spine, lowering my shoulders, and lightening my whole seat.  This allows him to bring his back up in that moment.  Same is true for asking for the canter transition.  Worst thing is to push down in to the seat in those moments, thus pressing down on his back at the moment that he needs to come up in his back.  This totally made sense.
2)  Half halt from my stomach before asking for the canter (if no reaction, half halt the outside rein).  Get him to slow slightly and come back on his hind end and right at that moment ask for the canter.  This is a work in progress for me because it requires some pretty serious timing that I just don't have yet.

Walk-to-Canter
1)  YES!  She asked me to walk-to-canter.  I was pretty excited about that.
2)  Get him to really march forward and jazz him up.  Let him know we're about to do something.
3)  Same thing as trot, half halt and set him back a little and right then ask for the canter.
4)  This isn't a point, but we had one really stellar walk-to-canter where he just launched into the canter.  To me it felt like he bucked, but to everyone watching they said he just sat back and then really jumped into the canter.

Her takeaways on Gav/Me
1)  She likes that he's not "hog fat" like some ponies of his type can get.  He's fit, you can see his muscling, but he's not thin either.
2)  He's extremely willing.  I just need to ask.
3)  I'm lucky to have him.  *I would definitely agree with this*
4)  I recently stopped riding with a whip and went to spurs.  I was curious to see how she felt about my usage of them.  She said they were perfectly fine.  I'm glad because I actually prefer just riding with spurs - gives my hands less to think about.


Everything she had me do had a purpose and an explanation.  It all made a ton of sense to me, and also seemed to help Gav be the best pony he could be.  I left that lesson on cloud nine.  I came out yesterday (the day after the lesson) to see if I could recreate any of that magic and surprisingly, I was able to get it all again.  To me, that's the sign of a great lesson.