I apparently am at a loss for words anytime I blog.  It's like I want to communicate with the blogging community, and I'm definitely reading and commenting, but when I go to write my own - I lose all words.  Very unlike me.

Anyways - we went to our first RMDS (Rocky Mtn Dressage Society) show this last weekend and didn't totally suck!  I mean, the heat was atrocious, but I was expecting that and hydrated like I meant it.  I also braided for the first time.  I guess I would describe it in two words - painful and frustrating.  I've learned my lesson - just pay and let someone else do the deed while I clean tack or something.

Gavin was his usual self.  He was amiable, steady, and ready to blast off in the trot.  He was also tight-backed, tried to run through either shoulder, and gave a very weak attempt at the running buck in his first test.  I actually laughed as we were going along the rail.  It was such a pathetic attempt that the judge gave us a 5.5 for the canter and just noted that he had a tight back, but I know the truth.  He wanted his blasted rider off his back!

I had a great time and overall felt like we did ourselves proud in the 1-1 test (the T-3 test not so much - we were both still very tight at this point).  Anyways - without further ado, here are some pictures! 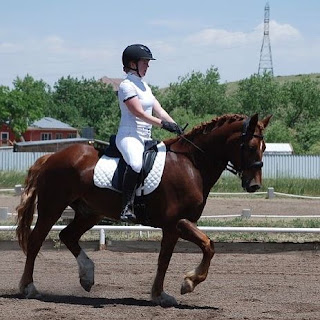 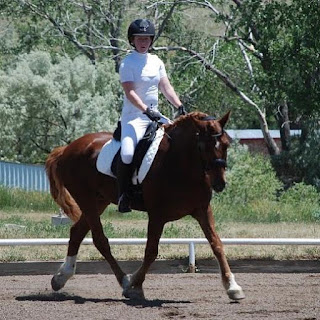 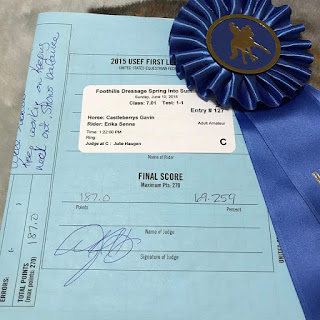 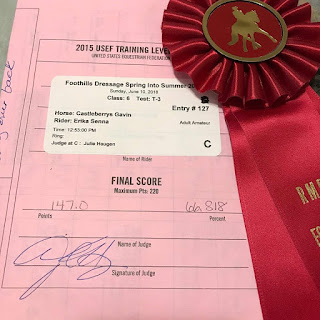 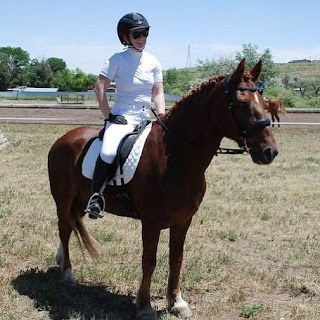