I'm not positive I'll stick to this whole chronicling my riding thing, but Jen at Cob Jockey suggested I get back into it and I thought I'd give it a go, it being a new year and all. :)

I figured the best way to start my re-entry into blogging was to recap the last year, the dreaded 2020.

Started running through the 2-1 test.  Was trying to get footage to submit an application for a clinic with George Williams. 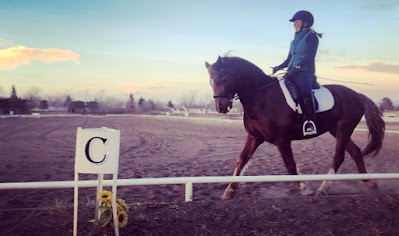 February
Actually submitted my video for the George Williams clinic and bought myself a Peloton to get in better shape (specifically for riding).  Looking back, I feel like the Peloton was some serious foreshadowing for the future months where all gyms were shut down. 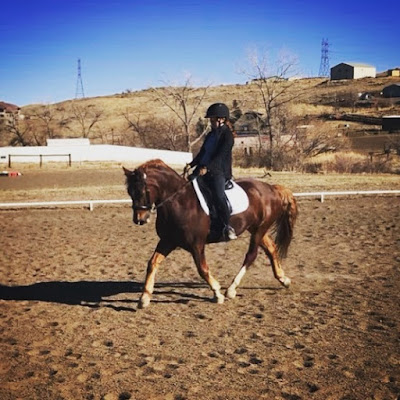 March
Found out we were accepted into the ill-fated George Williams clinic as the second level rider (they were trying to get riders from each level).  Was also sent home from work to telecommute.  I laugh now, because at the time I thought it'd only be for two weeks.  Ha.  Hahahaha. 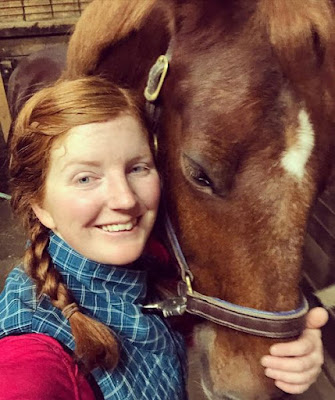 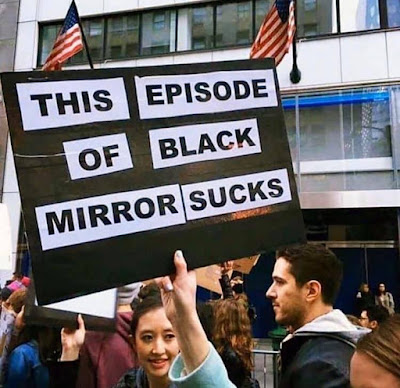 April
Was informed that the George Morris clinic had been canceled.  The barn was shut down except to trainers and other barn employees.  I was VERY sad.  Bought more sweatpants and put him into training for the month. 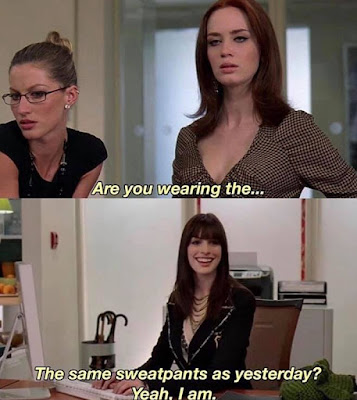 May
There was a bit of a mass exodus at the barn after it shut down (most barns in the area remained open).  This led to it reopening in May with restrictions (limits to # of riders, etc).  Gav developed a really bad skin infection on his ears in late April.  He had about three weeks off as it healed and he regrew hair. 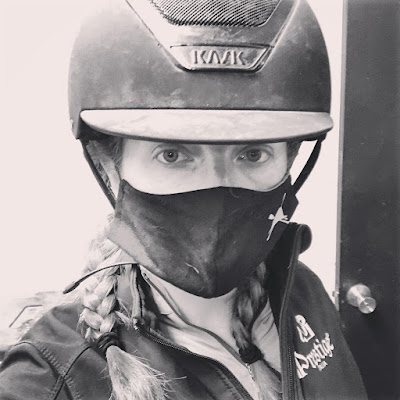 Participated in a ride-a-test at (you guessed it!) 2-1 and scored mid-60s.  It was a great lesson and confidence builder.  The judge said he and I were absolutely ready for second. 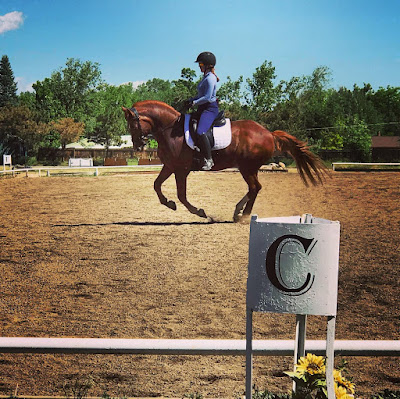 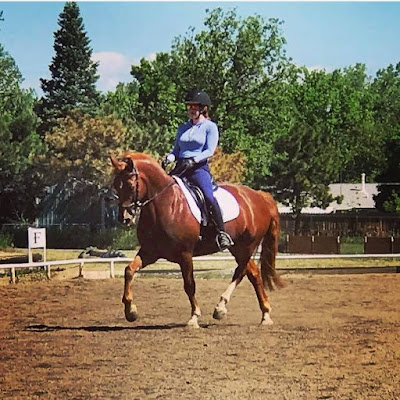 July
Worked on getting stronger and sharper in transitions.  Was also so bored I learned a new way to fold my laundry and have continued to use the method throughout the year. 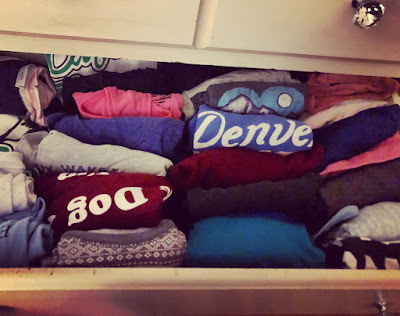 Went to our one and only rated show of the year in beautiful Estes Park  We showed 2-1 both days.  Scored mid/low 60s the first day and mid/high 60s the second day.  My second ride was definitely my better ride with 7s for his medium trot and 10m canter circles. I left the ring feeling a like a million bucks and just so, so proud of Gav. 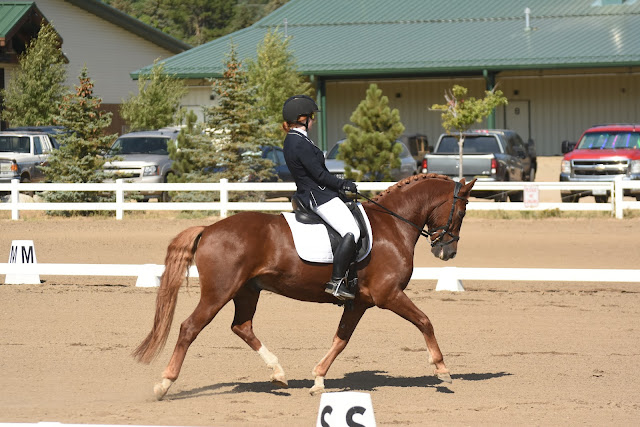 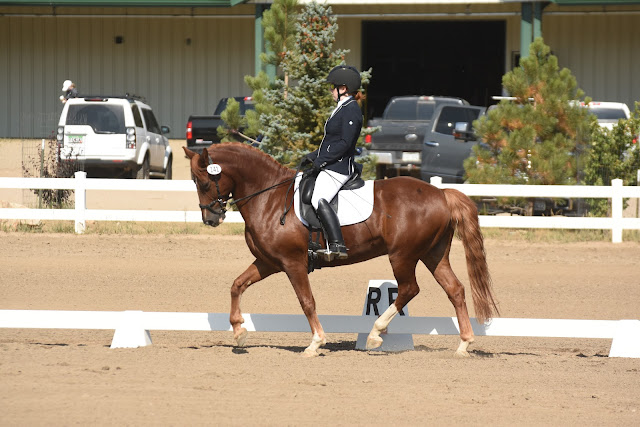 Took a conformation shot of Gav and compared it to a few years back.  I laugh at how differently he's muscled now.  Very proud of how this pony has developed. 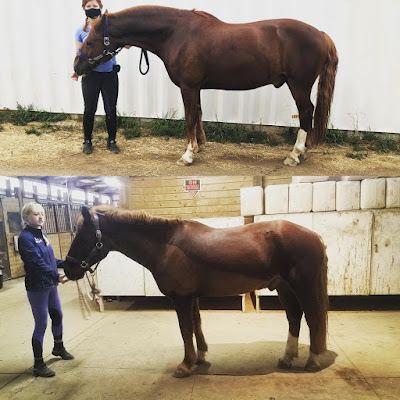 October
I had ordered a Custom Saddlery Icon Star in about June after I realized that my old saddle's knee blocks weren't doing me any favors.  It finally arrived late October.  It is a dream and I LOVE IT.  Gavin loves it.  Trainer loves it.  It's a great saddle for him.  Also bought a Pivo.  The picture you see is my first non-successful attempt at getting video.  I've worked out most of the issues since then. 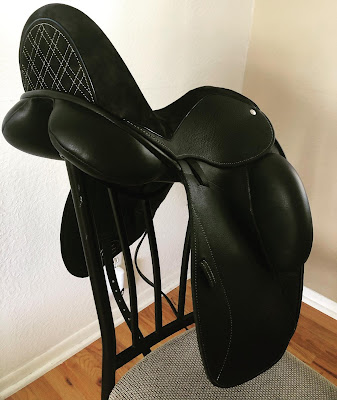 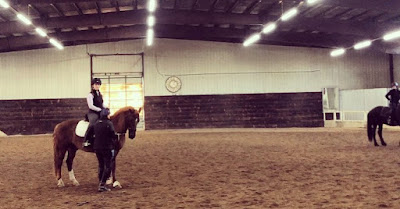 November
Found out that the George Williams clinic was back on for April 2021!  Reregistered as 2nd/3rd level.  Put Gav and myself in 1/2 training, which = 2 lessons a week (1 lunge lesson, 1 regular) and one training ride for him (that I try to watch).
Participated in a clinic with a very no-nonsense judge and trainer.  She worked my ass off at collecting Gav's canter.  It was then that I realized he didn't actually have a collected canter.  She said I needed to focus on that before ever asking for changes.
Also got this adorable baby yoda, because duh... 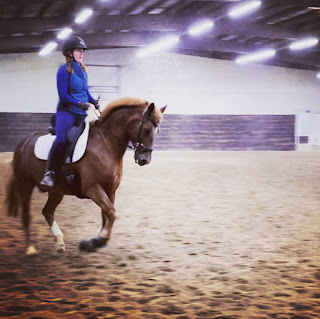 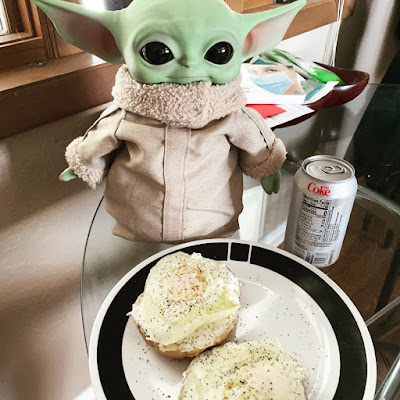 December
1/2 training AGAIN!  Gavin plateaued about halfway through the month and we switched over to working on "fun" exercises with cones and poles.  It helped me as well as I was starting to feel burnt out.  His canter is getting stronger and straighter.  Trot half pass is there and canter half pass is becoming part of the conversation (he was pretty sure canter half pass initially meant climb into the sky with his front legs). 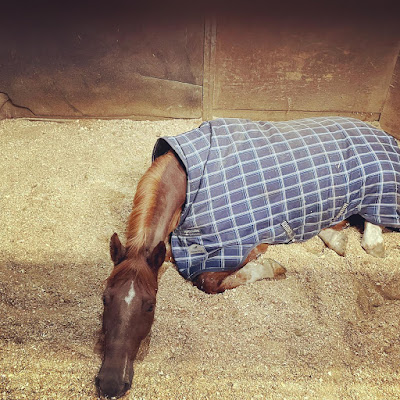 Wrap-up
In summary, this year has wrung me out emotionally (being a very social person it's been hard), but I'm proud of how Gav and I progressed.  I feel "confirmed" second level and ready to dip my toe into the third-level pool while continuing to refine second.
What is hard right now?
Canter half pass (lack of understanding)
Half pass to the right (he likes to drop his right shoulder).
True collected canter (strength issue)
Walk to canter left lead (got to get him hot, hot, hot and sitting down)
What is getting easier?
Turn on the haunches
Medium/extended gaits (I've focused a lot on canter recently, need to remind he and I both about the trot extensions)
Trot half pass (3-1 level half pass - so not that steep)
Canter to walk
Posted by Erika at 7:01 PM 4 comments: