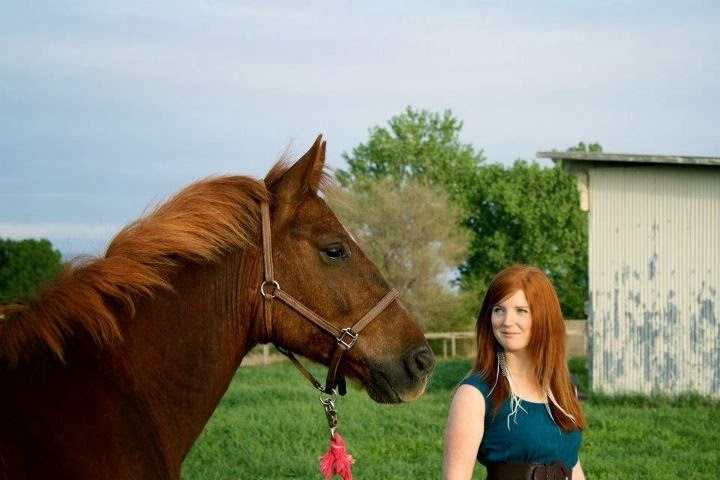 I bought Gavin in the summer of 2010 as a college graduation gift to myself (from money I got from my father who died about a year before I graduated... thanks for the love-of-my-life pony Dad!!).  I had been out of the horse world for a little while, but my experiences with my previous mounts were still fresh in my mind when I went to look for a new mount.

My list of horse qualifications was (in the order of importance):
So that was the list.  When I started my horse hunt sport-ponies were becoming a thing, and one of the breeds you heard associated with it were welsh cobs.  That's how I found Gavin's breeder (Castleberry Cobs - great breeder), who convinced me to fly out to Indiana to see her whole herd of ponies.

I was introduced to a lot of ponies, but Gavin actually introduced himself to me.  He walked straight up to me in a field and breathed his hot, sweet horse breath all over my face.  Now, this wouldn't have worked quite so well if a human male had done this to me - but Gavin boldly pronouncing himself as my friend was enough for me to fall for him and subsequently buy that totally green 3 year old (4 by the time I bought him).

Here are some adorable baby pictures of Gavin:


I am no horse trainer, so I sent him off to a 3 month boot camp to get the basics put on him in a friendly and humane way (last thing I want is to scar a horse with bad training as soon as I buy him).  After that he was trailered out to me by the fellow who put the 3 months on him.  Almost immediately we went into training with a great trainer in Grand Junction.  She rode him several days a week; I rode some, and watched a lot.  We went on tons of trail rides, and I believe that this is what really solidified my relationship with Gavin.  ﻿

Gavin showed at intro and training level a few times in his 5th year, and did really well!

We stopped taking lessons when he was 6 because I left a really awful relationship and was suddenly totally broke.  We moved to a great western barn, and I rode casually *cough* without direction *cough*.  Though I was broke and couldn't afford lessons, tack, anything it was a great change because for one - I could finally go see my horse again without getting bitched out, and also I was allowed to just be myself and chill out.  It felt great!